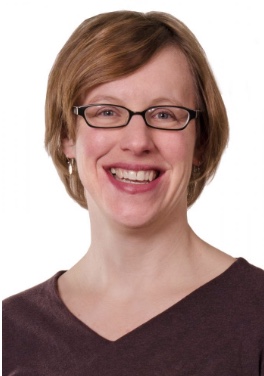 Welcome to the University of Minnesota Libraries

Do you have your UMN Email (also called Internet ID or x.500)?

Initiating or claiming your account  will give you access to thousands of online journals, magazines, newspapers and ebooks at the University of Minnesota Libraries. Your teacher may need to provide information to complete this step. Ask them.

You also need to set up Duo Authentication to get access to things like your UMN email and to use many of the research tools on the U Library website. The IT Technology online help can answer questions on this.

Tip: If you are unable to initiate your account you can find scholarly articles with Academic Search Premier, find background information on your topic with Encyclopedia Britannica Academic Edition and find Pro/Con on current issues with Points of View Reference Center.

Articles from U Libraries

Lifestyles of Adolescents With Visual Impairments: An Ethnographic Analysis
Sacks, Sharon and Wolffe, Karen E. Journal of Visual Impairment & Blindness v. 92 (January 1998) p. 7-17
Abstract: The first study of the Social Network Pilot Project provided quantitative data on the lifestyles of 32 adolescents with visual impairments and 16 who were sighted. This article reports on the second study, an in-depth ethnographic analysis of 3 of the visually impaired adolescents from the first study.

Moral Development in Fraternity Members: A Case Study
Mathiasen, Robert E. College Student Journal v. 39 no. 2 (June 2005) p. 242-52
Abstract: Research on the effects of Greek life on college student moral development has generally concluded that membership in these organizations does little to enhance moral development. However, this qualitative case study of one fraternity found otherwise. A fraternity at a large Midwestern university was studied. The fraternity (given the pseudonym "Alpha Alpha") was chosen based upon information gathered from student affairs personnel at the university. Multiple sources of information were used in this study (documents, interviews, observations). The data collected provided support for Alpha Alpha's reputation as a positive influence on members' moral development. Four major themes emerged from the data collected: (1) recruiting quality students, (2) upholding house tradition and reputation, (3) emphasizing moral development, and (4) encouraging community service.

The Politics of Culture and the Struggle to Get an Education
Sparks, Barbara. Adult Education Quarterly v. 48 no. 4 (Summer 1998) p. 245-59
Abstract: Many adults who attempt to read their basic educational goals through the formal adult education system fail to find programs that meet their needs. Based on in-depth interviews with Chicano/as in the Southwest, this report examines the impact of and the extent to which historical and contemporary structural constraints impede their efforts. It concludes that adult education practice at all levels must be restructured to become more inclusive and supportive of nondominant groups that look to adult education for assistance in reaching their academic goals.

How to find ethnographies

Information on how to do an ethnography

Search Sage Research Methods Online for "ethnography" or search by title of sample of online books below:

Potential Sources of Observer Bias in Police Observational Data
Spano, Richard. Social Science Research , 2005, 34, 3, Sept, 591-617
Abstract: Much of our knowledge about police behavior "on the street" is based on in-person observation of the police. However, little research has examined how the observers can potentially bias observational data. In this paper, anecdotal accounts from a variety of field settings are categorized into four potential sources of observer bias. Secondary analyses of data from a large-scale observational study of police are used to assess the impact of three out of the four type of observer bias (reactivity, going native, & burnout). There is evidence of reactivity for arrest, but not use of force behavior & little support for going native & burnout. More generally, observer bias is categorized as: (1) threats to the validity of observational data collected at different stages of fieldwork; & (2) the potential for human error implicit in observational data. The incorporation of a semi-structured field diary is suggested to more systematically document all four types of observer bias in future research.

One Hundred Dollars and a Dead Man: Ethical Decision Making in Ethnographic Fieldwork
Vanderstaay, Steven L. Journal of Contemporary Ethnography , 2005, 34, 4, Aug, 371-409
Abstract: This article provides a narrative of the author's research on Clay, a teenage cocaine dealer, the author's efforts to help Clay's family, & of events that culminate in Clay's murder of his mother's friend. Following the narrative, the author reflects on the relationship of this case study to questions & concerns raised in previous discussions of ethical decision making during fieldwork. These include the extent of responsibility researchers have for the safety & well-being of research subjects, the emotional costs of researching drug users & sellers, & fear of exploiting research subjects. The author concludes that, while no recipe for ethical fieldwork can be written, a review of dilemmas faced by previous ethnographers can enable researchers to anticipate difficulties & to establish useful guidelines before entering the field.