Contact me for help with these resources or any other question. 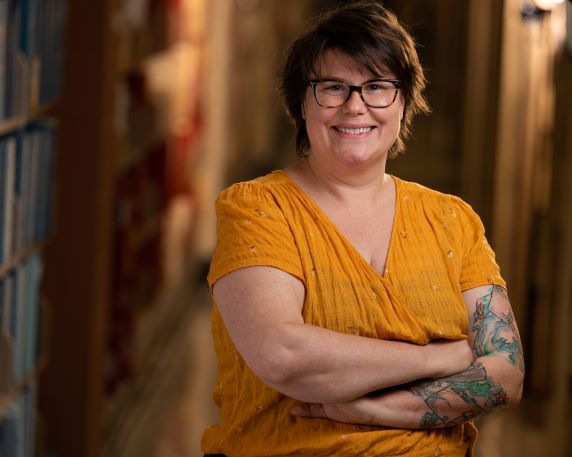 Search through these historical newspapers dating from 1851

Search all collections at one time

*Please note that download options are not available during trials.

Find Columbus’ notes on his voyage, first drafts of the US Constitution, over 17,000 letters and documents from soldiers and debates surrounding the Civil War. Includes papers from presidents, as well as documents related to the American West, Frederick Douglass, and the Mexican War. This collection has information about racial tensions and the Ku Klux Klan, art and literature, industrialization, and more.

Primary sources about the history of American Indian and Indigenous people across all of North America and their interactions with European colonial settlers between the 1500s and the early 1900s. Includes maps, travel diaries, rare American Indian ledger art, and speeches by indigenous activists and figures like Geronimo and Sitting Bull.

Native-published newspapers and periodicals from the US and Canada between 1828 and 2016. Articles from different tribes and nations across the continent, including Hopi, Cherokee, Navajo, Ho-Chunk, and more. Coverage includes topics like local news, environmental issues, public health, boarding schools, native activism, and the American Indian Movement (AIM).

China, American and the Pacific

1700s to early 1900s. Topics include whaling, cultural exchange, diplomacy between China and the US, Hawaiian royal family before US colonization, trade, and the economies of early colonial coastal cities (New York, Philadelphia, Salem, and more).

1400s to 1900s. Starts with Christopher Columbus and other European explorers, and the development of colonies and imperial power, all the way to the movements towards decolonization in the 20th century to today. Material related to England, India, the US, Spain, Portugal, and various countries in Africa. Includes missionary papers, documents relating to slavery, exploration logs, folk tales, fiction, and marketing posters.

1650-1920 (most material is from the 1700s and 1800s). Focuses on European settlers and their way of life and relationships/interactions with nature and the indigenous people. There are also documents from colonized areas of Africa, New Zealand, Australia, and Belize in Central America. Includes content about Texas cowboys, children and family life, religion, sickness and health, and technology. Explore artwork, diaries, photographs, legal documents, and much more!

1800-1900. Covers all aspects of immigration to the United States, Canada, New Zealand, and Australia. Learn about why people chose to leave their home countries in oral histories, journal entries, and letters. Topics covered include Asian immigration to California and xenophobia, convict migration from England to Australia, Finnish immigration to Minnesota, the Red Star Line of ships carrying millions of immigrants, and more.

1928-1970. Covers topics like desegregation and integration of public institutions, African-American migration within the US, the Civil Rights Movement, race riots, and racial tensions. Explore audio recordings from figures like Thurgood Marshall, photographs and scrapbooks depicting civil rights organizations, surveys, and case studies about race from specific cities like Minneapolis, Baltimore, and Nashville.

1490-2007. Covers a wide range of topics related to historical and current slavery, as well as movements aimed at dismantling it. Topics included: slavery and rebellion in Jamaica and Haiti, Harper’s Ferry and domestic resistance to American slavery, the Underground Railroad and free Black communities, the Pennsylvania Abolition Society, court records and documents for slavery-related cases, plantation life, and testimony from enslaved people. Browse pamphlets, images, maps, paintings, and more.