Jump to a Specific Archives: 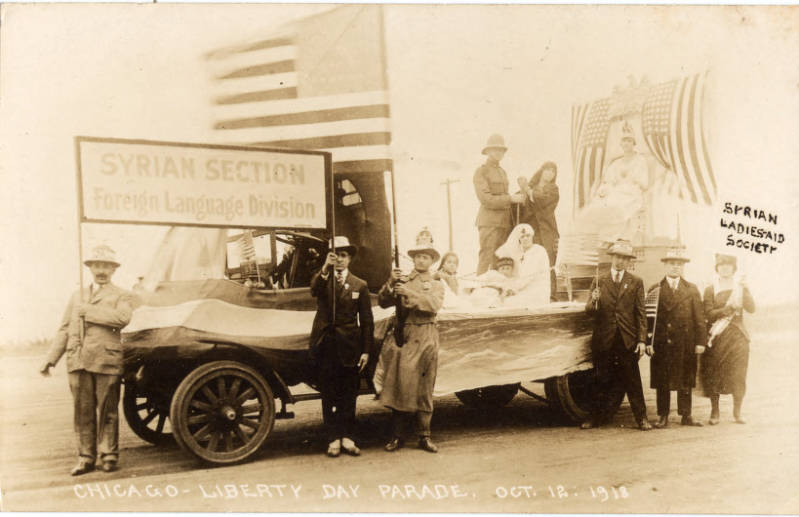 Archives and Special Collections
Email us

Jewish Community Relations Council records, 1920-2010. The collection consists of the administrative records of this non-profit organization which acts as the public affairs voice of the Jewish community in Minnesota and the Dakotas. There are six folders of material relating to Syria and Syrian Jewry, circa 1974 and 1991-2000. umja0013.

Philip Khuri Hitti papers, 1915-1978. The papers of Hitti, a Lebanese American scholar and authority on the Near East, include correspondence, lectures and speeches, book reviews, photographs and newspaper clippings. Series 5 contains correspondence relating to Syria and Lebanon. Series 6: “Book Projects,” subseries 5: “Books Pertaining to Syria” contains material about several books by Hitti, including Syria: A Short History and The Syrians in America.  IHRC894.

International Institute records, various. The IHRCA holds the organizational records for various International Institutes from across the United States, including for several locations which have historically been home to Syrian and Syrian American enclaves, such as Niagara Falls, Buffalo, Boston and Toledo.  Contact staff for more information. IHRCA.

Helen Hatab Samhan papers, 1916-1926. The collection consists of correspondence and financial records for the Mount Lebanon Relief Committee (New York). The committee appears to have been initiated at the start of World War I, perhaps in conjunction with the Lebanon League of Progress. IHRC2356.

United States Committee for Refugees and Immigrants records, 1970-1995. This large collection includes meeting minutes, correspondence, project materials and resource files on refugee groups around the world. Materials relating to Syria are in boxes 67, 78 and 129. There are also numerous folders relating to Lebanon and Palestine. IHRC2640.

K. Brook Anderson papers, 1919-1980 (bulk 1949-1959). Papers contain correspondence relating to Anderson’s work with prisoners of war in Egypt, Syria and Palestine following World War I. Most of the correspondence is with friends and colleagues, particularly with Archie Harte, YMCA secretary in Jerusalem and under whom Anderson worked. Y.USA.27.

Fred K. Hoehler papers, 1917-1965. Papers document assistance to displaced persons, including displaced local Arab populations in the Middle East and North Africa. There is also correspondence discussing the political situation in the Middle East, circa 1945-1960. sw0117.

International Social Service (ISS), United States of America Branch, records, 1924-1995. The ISS records include studies and reports on refugees and displaced persons in the post-World War II era. In particular, box 15 includes a study from 1944, which documents the living conditions and daily activities at a displaced persons camp for Europeans in Aleppo, Syria. sw0109.